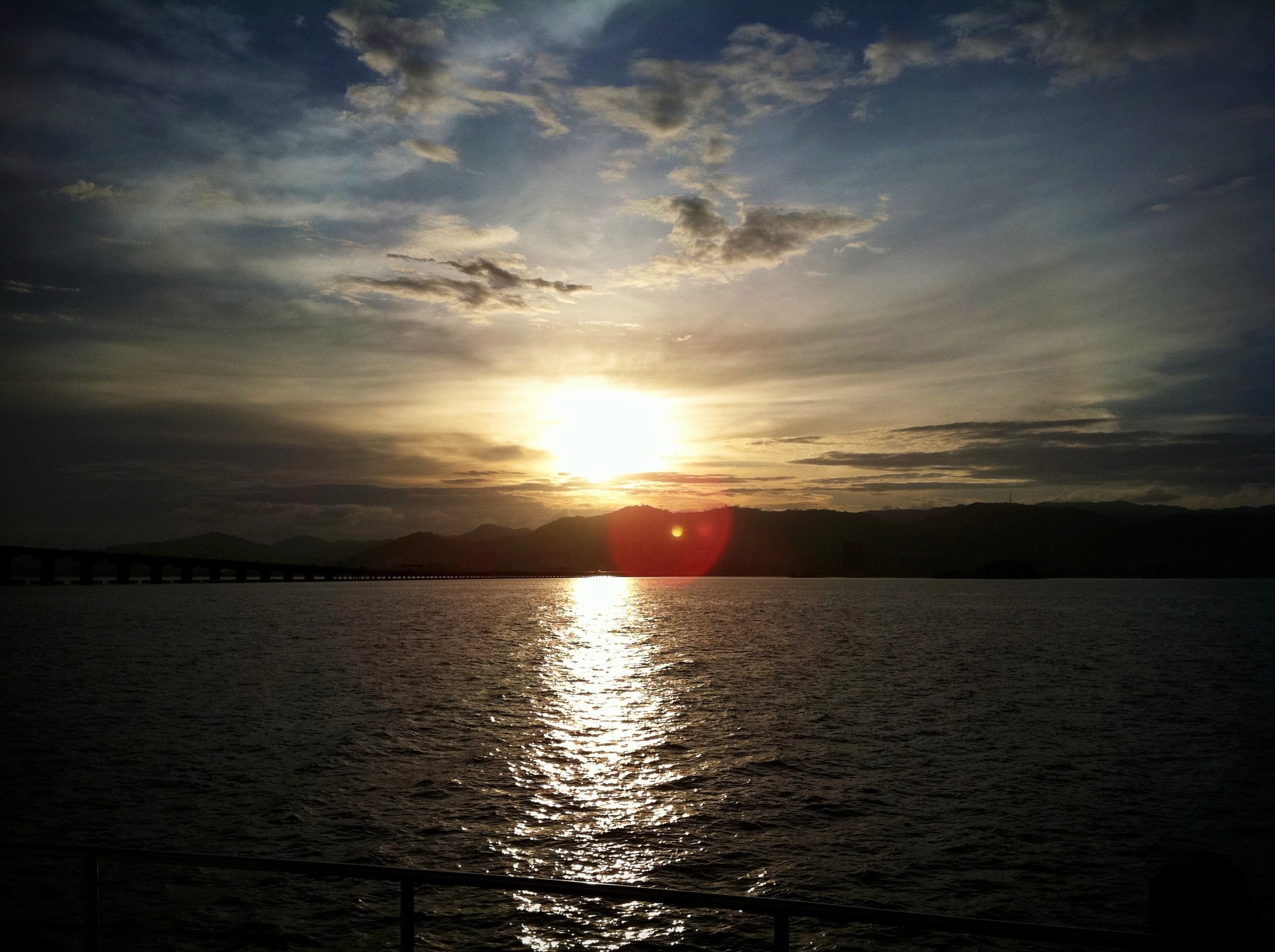 Good Morning, it’s my first day back to class today, unfortunately I woke up later than I planned which messed up my morning routine, couldn’t have my Holy Hour and I’m going to have to rush through this piece. For a while I just wanted to stay in bed, for a I while I asked myself why didn’t I just why did I decide to come back this semester and a few excuses started popping into my head. I got up anyway, off my bed and into the shower and that’s when I realised why i was thinking that way, I was scared.

I’ve been away for more than 7 months and it’s scary getting back to class. What if I fail again? What if I can’t handle the stress and the Fibromyalgia decides to flare up again? What if, what if, what if… Well, I’m never ever going to know when I’ll be fully ready to get back, I’ve spent the last few months trying my best to get to this point, so let’s see what happens. I’ll never know what will happen if I just stay under the covers.

I need to believe that I’ll be fine and organise myself to stay on track. Sleeping early, getting up early, eating healthy, laughing, studying and all that jazz. All that is going to be more important now than before, to keep me moving forward. To further propel me as I enter the next phase of my Second Coming.

Yes today didn’t start as planned, but I’m here now, I’m writing now, I’m on track for class, sure I didn’t get my Holy Hour, I’ll learn from the mistake and correct it. Mistakes will happen, not everything will go according to plan, I’m just happy that I adapt and made the nest of the time I had before class.

Yup I’m scared, because once I enter that lecture hall, it all becomes real, I will be back at uni, and in the back if my mind will be that fear that I might fail again. But as I wrote sometime back,

For a change I’m writing from the Starbucks at Gardens, but still with my cafe mocha.

Today is a big day for me, I hope it all goes well.

On that note, I want to talk about the power that you get once you face your fears, once you’ve completed that task that you have been resisting. I’m actually pretty scared now, I’m going for a job interview after this, to get a sales position at Machines, hopefully Machines Gardens. I’m scared because I have never done this before, this is new to me. Have never had a real job before. Thoughts have been popping into my head. “what If I can’t do it?” “what of I don’t get it?” “do I really want it?””I can still cancel” “I don’t have to do it” bla bla bla.

But you know what, I want this job, It is a step in the right direction, I want to learn how an apple reseller works, so that maybe i can have my own franchise one day, I want to sell Apple products because I am passionate about them, I want the experience as i want to continue to grow but most importantly, I want to move forward. It’s been a great productive 5 weeks, and I want to continue that flow. I’ve been writing, reading, sleeping well, exercising, dabbled in investing, meeting people etc. I think I’ve mentioned before, this feels like my second coming.

All those questions and doubts, were coming from a place of fear, fear of failure, fear of the unknown. And I will face that fear because once its done…. It will give me power and confidence.

For example, yesterday I finally met a lecturer that I’ve been meaning to meet for a while, I put it off for so long cause I was scared, intimidated, worried etc etc. I was afraid I would mess up the meeting, but finally, yesterday, i just did it. I took the elevator up and met her and you know what? It was a great meeting. She has pointed me in the right direction to sort out my issues reading my Accounting Major and I have a meeting with the Director of Undergraduate Studies today. Hopefully she will be able to help me solve my problem. I’ve been procrastinating for so long simply because I didn’t want to face the fear of not being able to pursue Accounting, or having to delay my graduation by another semester and all those things. The phrase “Ignorance is Bliss” comes to mind, but ignoring the problems isn’t going to make them go away. No. That require conscious effort. Sometimes we run away from our fears so that we can pretend they’re not there, I sorry, but it’s time to wake up.

“I know of no more encouraging fact than th unquestionable ability of a human being to elevate their life by conscious endeavour.” Henry David Thoreau

So today, I’ve got two big steps to take, my first real job interview and a meeting at university. Both are big steps. And I am scared, but I’m not going to run away from this challenge. I will face it

And whatever happens, I will face that as well. If I don’t get the job so be it. If the meeting doesn’t go well I’ll extend my studies by another semester because failure is inevitable in the journey of life, you just have to make sure that the failure doesn’t stop you from moving forward. I’ve had enough of being scared, how about you?

“Screw-ups are the mark of excellence.” Tom Peters

“twenty years from now you will be more disappointed by the things you didn’t do that by he ones you did.” mark twain

And I’m also reminded of this one,

The Lack of Self-Belief and the Fear of Failure

Again i know it’s been a while since i’ve posted and i apologize, i am working to make this a more regular thing.

Today I’m going to talk about Belief, not religious beliefs but Believing in yourself.

“Belief, strong belief, triggers the mind to figure out ways and means and how-to.”

The lack of self-belief is plaguing us.There are so many of us that are scared to exit our comfort zones, so afraid to leave it because you might fall or get scratched. All because society has tabooed mistakes & failure, (largely due to flawed fundamentals of education systems, but that’s for another day) making it seem that in order to be successful and live a good life, one cannot fail, one cannot make mistakes. This goes on to lead people into confining themselves to the “Known” so that they minimize the risk of failure. But what most people do not seem to understand is that we are human and we will make mistakes. Mistakes is the fundamental ingredient in success, progress and greatness.

What is life if you do not experiment and learn? Better yet, what would life be like if everyone confined themselves in their comfort zones? The human race would not be where it is now. BIll Gates and Steve Jobs would now have gone to form Microsoft and Apple. Henry Ford would not have mass manufactured the car. Slavery would still be a norm. Columbus would have never discovered the ‘New World’ and the list would go on. The conclusion being that we would have never progressed, that we would still be hunting animals and living in caves, if we would have even made it that far.

Mistakes help us learn, failure makes us stronger, it weeds out the weak. The most successful amongst us are the ones who fail the most; the difference is that they didn’t let failure paralyze them into fear, they picked themselves up, dusted themselves off and kept going. These are the people who end up being great, the “Crazy Ones”. They aren’t afraid of falling in the mud, of entering new areas, they aren’t afraid to learn and push the boundaries of what they already know. The reason that they weren’t afraid is because they believed in themselves and what they were doing.

Self-belief is the most important factor in fighting fear of failure. People are afraid to make mistakes because they worry that they will not be able to overcome it. They do not believe that they can handle the potential curve ball that life has been known to throw. They do not believe that they will be able to pick themselves up after what could be a potentially bad fall. They lack the confidence to think that they can do it, and that’s the difference between achieving greatness and mediocrity. That’s the difference between winning and losing, and yea, you may not win all the time even though you believed in yourself but you’re not going to let the loss of one battle make you surrender the war.

“When looking at the most successful people and organizations, we often imagine geniuses with a smooth journey straight to the promised land. But when you really examine nearly every success story, they are filled with crushing defeats, near-death experiences, and countless setbacks.” – Josh Linkner, Fast Company.

Straight From the Heart,

I need to start believing that I will get through this. One semester at a time. This is the next big step in my recovery, in my Second Coming, in strengthening my Will to Keep Moving Forward.
And you know what, I will get through this. It’ll be fine, as long as I don’t lose focus and most importantly, as long as I don’t lose faith in my ability to get through, as long as I don’t stop believing in me. And so what if I fail, I’ve been through worse, from where I was when I left Monash all those month ago and now, ive made quite the turn around. From the broken young man who was ready to just give up, to one who is ready to face his fears, to Keep Moving Forward. As I have mentioned before, I know it won’t be smooth sailings, but as long as i don’t need up like how I was 6/7 months ago, I think I’ll be fine.

Facing my Fear will give me more strength to Keep Moving Forward, easier said than done I know, but doesn’t mean it isn’t true.

And you now what else helped make my day a little better? That my Soy Café Mocha was free today. 🙂

Radio broadcaster at Malaysia's premier business and current affairs station with special interest in personal finance, technology and business, especially when they intersect. View all posts by Roshan Kanesan